The last thing I sewed from a pattern was a pair of pajama pants in 8th grade home economics. The patterns were laminated, cut to the largest size, so that all the students could share. While others picked flannels and fleeces, I chose a khaki-colored linen fabric. I planned to make a pair of capri pants that I could wear outside of the house. The finished product wasn’t perfect or very pretty, but it worked. I wore it for a while until I became too embarrassed by the elastic waistband and poor craftsmanship.

In the 13 years since then, I have played around with various alterations and modifications. I received a sewing machine and the book One-Yard Wonders for Christmas a few years ago, which allowed me to create a few fun projects like a hanging organizer and obi wrap heating pad. The book also had a pattern for a dress or two, but none of the styles appealed to me. Picking out my own pattern would require more fabric than a one-yard wonder, but it would also allow me to select a look that is more my style.

I purchased the pattern at Joann’s last July while in the middle of my last big sewing project: reupholstering my dining room chairs. The pattern sat in my closet for almost a year before I even purchased the fabric and gathered the motivation to begin the project. With my next birthday quickly approaching, I decided to take a trip to PA Fabric Outlet, buy some fabric, and spend my birthday weekend crossing this item off the list. I ended up buying four different patterns of fabric. I figured that if my first attempt went well enough, I could make three more dresses. And if it didn’t go well… I guess I could always try another one-yard wonder project.

This was definitely a learning experience. I had to Google a bunch of sewing terminology to figure out exactly what I was supposed to do. Fortunately the project overall was very simple, even though this was my first time making a dress or sewing anything with sleeves or a zipper. I learned the importance of having an iron and pressing the fabric throughout the sewing process, and for the next three dresses, I will probably buy a new iron for myself instead of borrowing one from a friend. I learned that the finished product may not fit exactly like a store-bought item. The dress was a little snug on my hips and waist, so for the next dress, I will probably use the pattern for the next size up and then take it in to customize the fit. And I learned that people really liked this dress! I received a lot of compliments on it, and most people didn’t even know that I had made it. I’m looking forward to trying this again, and I’ll be teaming up with my friends over at Pinning Summer to help them make this dress, too!

I haven’t been able to donate blood for a year because of my trip to Guatemala last April. According to Red Cross regulations, donors must wait one year after visiting certain countries, including Guatemala, to make sure that they don’t have malaria. Yesterday, I saw a friend post on Facebook about a blood drive in town, and since I had off work for Good Friday, I had the opportunity to go. I have been donating through the Red Cross, but this drive was with the Central Pennsylvania Blood Bank, which is responsible for the blood supply at local hospitals. The last time I donated through the CPBB was in 2008, when I participated in the blood drive on my college campus. The donation process was quick and easy, and finding my vein was much less problematic than my most recent donation. I thought donating blood was a fitting way to spend my Good Friday morning. I donated blood to save a life on a day when we remember how Jesus shed His blood to save the world.

Each pint of blood can save up to three lives, so visit redcrossblood.org to make a blood donation appointment! 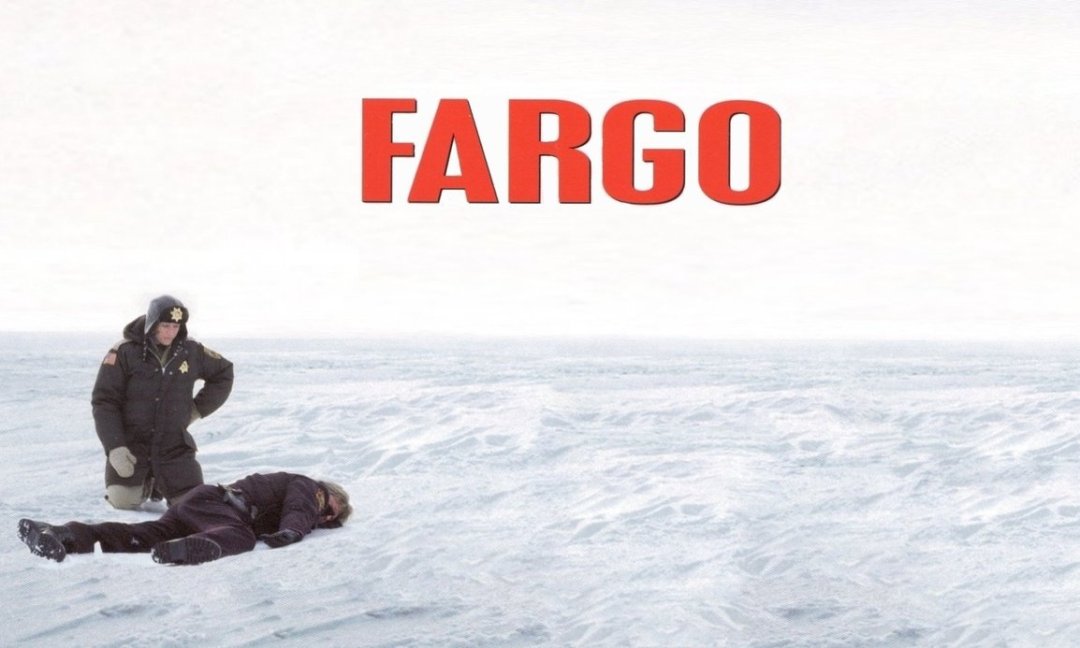 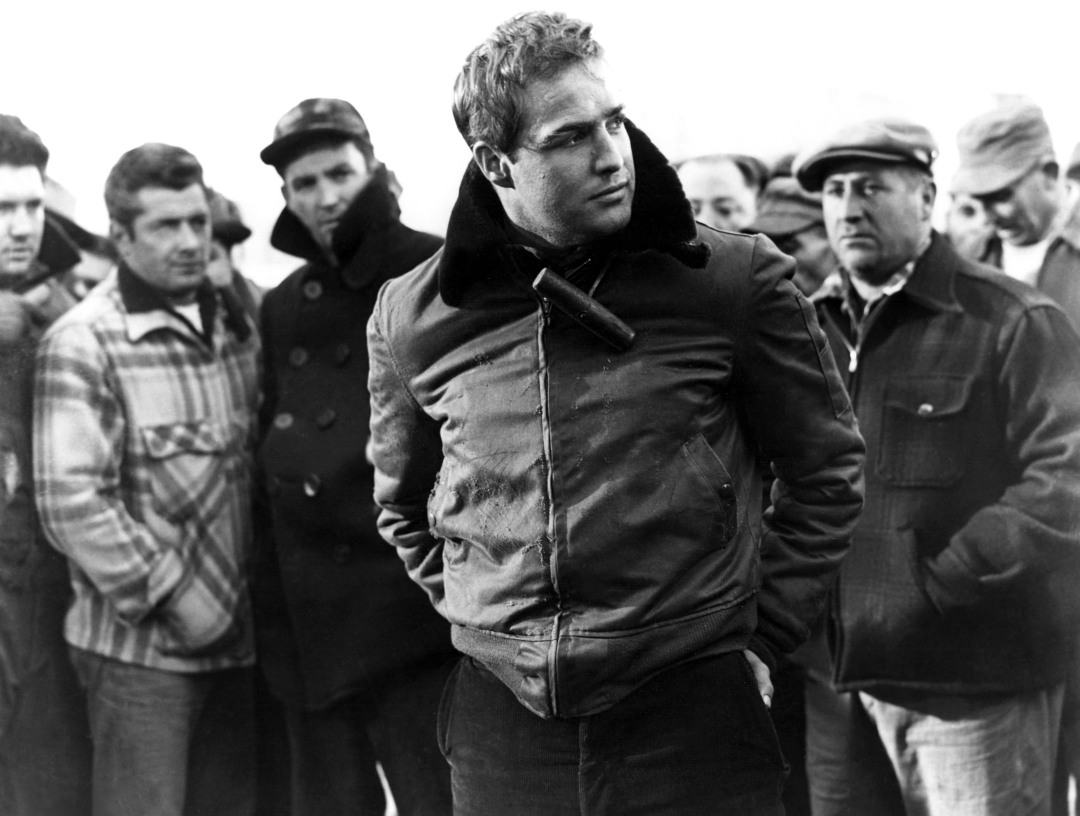 – Edie Doyle, On the Waterfront

Most people think of sky diving or bungee jumping when they think of bucket list adventures. Though I’m not really into swimming and water sports, white water rafting seemed more my style. Fortunately, Groupon recently had a half-off deal for white water rafting, and I signed up for a day of discounted adventure.

I booked a reservation for a group of four with Coal Tubin’ in Johnstown, PA. The plan was to bring a friend, and my sister would also bring a friend. We were scheduled to go in late August, but a couple days before our trip, we were notified that the run had been cancelled. (I later learned that the Johnstown “powers that be” decided to perform maintenance on the reservoir valves while the water levels were low, cancelling the dam releases that make rafting possible… when water levels are low. Essentially, Coal Tubin’ was forced to cancel rafting trips during July and August.) They offered to take us on a guided hike instead, but I decided to reschedule the trip since my heart was set on rafting.

I rescheduled for September 7 and looked for two more people to join the trip, since my sister was now unable to go. We were unable to form a full group of four, but I had two friends, Erin and Natalie, who were eager to join me on this adventure. At 6:30 AM, the three of us left for Johnstown, ready for some white water rafting on the Stonycreek River. On the way there, we saw power lines completely covered in black birds, the sun rising in the rear view mirror, and thick clouds lying in the valley below us.

We were among the first rafters to arrive at Coal Tubin’ for the morning run, but we were soon joined by several guides and six other Groupon-holding adventure seekers. While the guides inflated our rafts and tied them to the roof of the school bus/shuttle, we started up a conversation with some of the other rafters and soon discovered that we shared some work/school connections and mutual friends. We expected the other rafters to be local to Johnstown, so we were pleasantly surprised to learn that they were from our area and go to church down the street from ours!

Joining us on the shuttle bus were Jack and Coal, two BIG Bernese Mountain Dogs that were like official mascots. They sat in the aisles as we drove down to the river and received safety instructions from Chad, one of the guides and the owner of Coal Tubin’. Chad told us what to do in case we fall out of the raft. At first it seemed like we were just learning about all the different ways the river could maim or kill us (“the river always wins”), but we also learned what to do to keep ourselves in the raft, safe, and alive. We also had helmets and life vests. When we got out of the bus, we talked with the other rafters about how the safety instructions made us nervous and wonder if we should have said a final goodbye to our loved ones. One of the other rafters was confused by my nervousness, because she thought I was one of the guides. Haha – nope!

Our group of three joined two of our new friends in one of the rafts, and Chad was going to be our guide. We immediately felt more at ease. We carried our raft and paddles down to the water’s edge and had one last chance to go to the bathroom, or use the “facili-trees” as the one guide called it. Chad asked us who wanted to get the least wet, and when Erin and Natalie raised their hands, he assigned them to the front row. Little did they know he put them there as a joke, because the front row gets the most drenched! Our new friends sat in the middle row, and I sat in the back, just ahead of the guide.

Since Chad was the most experienced of the guides, we were the trip leads. We were usually the first to go through the rapids in order to help the others navigate safely. First up was the Showers Rapid, named for the efficient way it… cleans off anyone who missed their morning shower. We made it through the rapids with a little screaming and lots of adrenaline, but we were all still in the raft.

Chad guided us toward the eddy by the shoreline, where the current was calmer. He jumped out, planning to park our raft on a rock and prepare the safety rope for the other raft and the duckies (inflatable kayaks) behind us. The rest of the raft thought he had fallen out and tried to rescue him and pull him back into the raft. Eventually, Chad got our raft parked onto a rock, and we watched the others come through the rapids.

Actually, what we saw were three empty kayaks and Tyler (?) the kayak guide floating toward us – no kayak, no paddle. We were able to pull Tyler toward us, but in the process, our raft shifted off the rock and was taken downstream by the current. Tyler jumped in and directed us toward shore. We held onto tree limbs, and he tried to grab his kayak before it got too far. As he dumped the water out of his kayak, one of the other kayakers floated by in his ducky. He called out for a paddle so he could steer to the shore more easily, but the paddle landed just out of reach. He paddled by hand toward the shoreline and waited for help. His wife’s empty kayak floated by as she perched on a rock upstream in the middle of the river. Tyler’s paddle then drifted below our raft, and I was able to grab it out of the water before it got away.

Eventually they were able to throw a safety rope to the kayaker and pull her into the other raft. The other raft now carried four rafters, their guide, our guide, and one kayaker. They finally got through the rapids and met us at the shore, where we had five rafters, no guide, and an extra kayaking paddle. At this point, our guide decided he was going to get into one of the duckies and guide us from there to the opposite shore, where the kayakers could get situated and the paddles could get back into the right hands. This whole ordeal lasted 40 minutes to an hour and began within our first half hour on the river. When Chad got back into the raft, he complimented us on the way we worked together as a team, saying it made him feel confident about taking us into more precarious situations.

From there it was – metaphorically speaking only – smooth sailing. We fearlessly and successfully navigated through Class III-IV rapids, some with names as intimidating as the white water: The Three Ugly Sisters, Hydro, Beast, and Dislocation. We learned a lot from Chad about Johnstown’s ecosystem and economy during the trip’s calmer sections, and I think we learned a lot about ourselves when the water was anything but calm. I don’t think anyone in our raft felt any hesitation about going straight for the rapids, even when it looked like a steep drop off. Despite the adventure at the Showers, which could have made us want to quit and get out of the river, we were ready for more.

And we are definitely ready for more. We are sore and achy from the trip, but we plan to go again sometime and bring more friends with us. I think it would be an awesome group outing for all the young adults at my church!