The Office, My Office #3: The Standing Desk 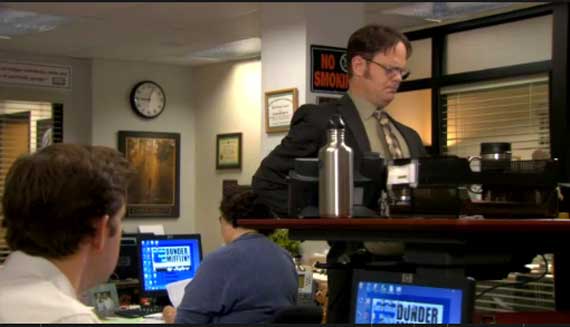 EPISODE 8.09: MRS. CALIFORNIA
Dwight sets up a standing desk, touting the health benefits and cool factor of standing. Time proves, however, that the allure of sitting is irresistible – even for Dwight.

My office has a Dwight. We’ll pretend that the standing desk is the only similarity (and we won’t mention Battlestar Galactica). After reading several articles and infographics about standing – and about how sitting is slowly killing you – he set up his own standing desk and quickly convinced another coworker to do the same. This was several months before “Mrs. California” aired, which made Dwight’s experience THAT much more amusing.

At only 5′ 3″, I had to stand on a stack of phone books when using their computers.

Over a year later, one coworker is now sitting, and “Dwight” alternates every half hour between standing and sitting. They did give a valiant effort, though. In spite of the constant back and knee pain, they stood their ground.

Click here to watch “This Will Not Stand” from the episode “Mrs. California.” 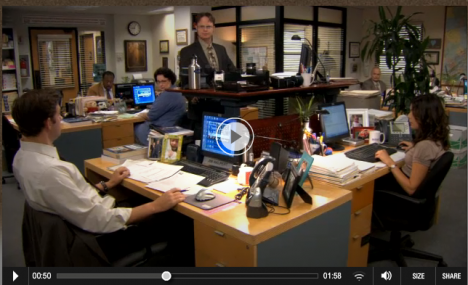